This was easily one of my toughest runs even though I have run much longer distances than 14km before, the combination of heat and my lack of long distance fitness made it a grueling task to finish the race, which I did in 1h 34m. 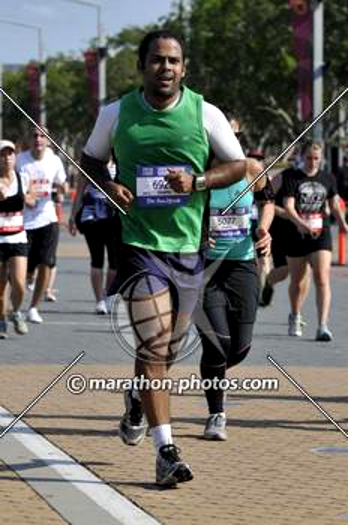 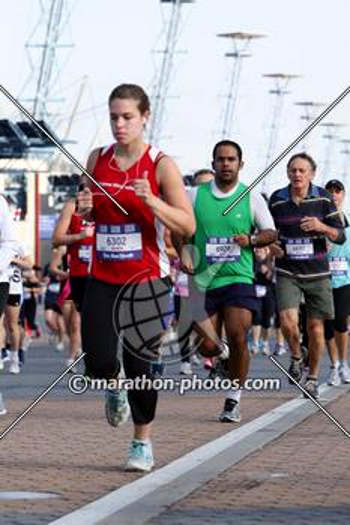 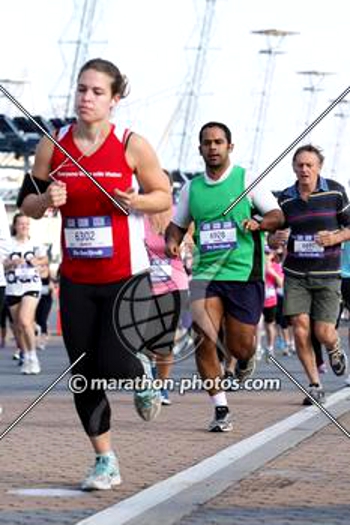 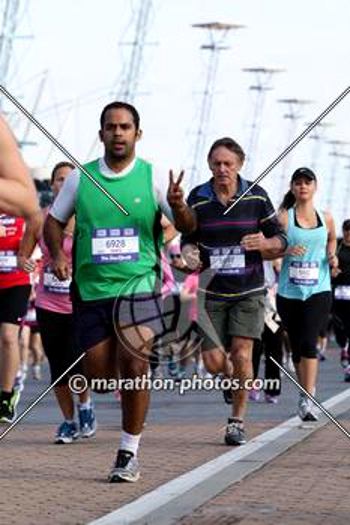 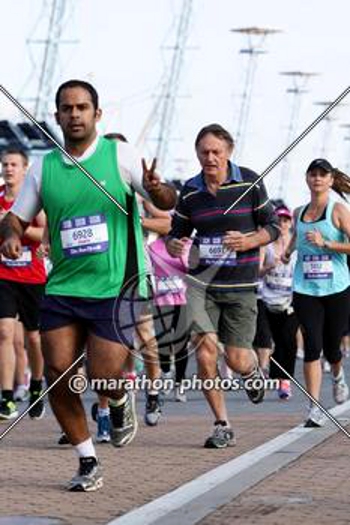 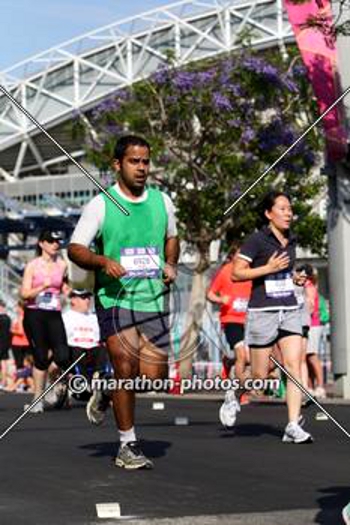 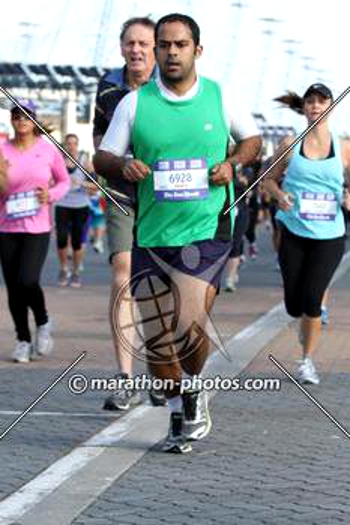 I completed the 10km St George Beach side Dash on 21 October which was a bright and sunny Sunday. It was not my fastest 10km but I managed to finish it in 59m 37s. I had done this run before in 2007 and finished that in 52m, although I think that route was a bit shorter than 10 km.

This is a very nice route which runs alongside the beach, but its a bit windy and a very flat course. Flat and long courses are in my opinion harder to run on as they can get boring and it can demoralise you to see a long, flat distance between you and the finish line, but if you manage to get into a "stride" you can blaze fast times on these types of courses, unfortunately I didn't even get close to a stride and struggled after the 7km mark. This was my first race in more than 8 months so I'm sure that had something to do with it too.

Anyhow I'm still not very happy with my 10km times and have set a goal to push my speeds to hit sub 55 min on this distance.

I have another 10km race coming up this Sunday so let's see what happens :)

I ran my first Cross Country Run around a week back and it was a brilliant course. The weather was a bit on the hot side but in the end I managed to pull through comfortably although my time was not as fast as I wanted.

I'm starting to really like running off track now and have even started to incorporate cross country running into my weekly training runs. I also find that running on grass and soil is much less demanding on the knees and legs.

Some random pics from the start of the race.

Well, looks like that's the end of my 2011 running season. I'm disappointed I was not able to do my annual marathon this year but at the same time I'm happy I did not do one for the sake of doing it. In 2012 I want to get fitter and take my Marathon training to the next level and aim for some better speeds as well as possibly doing two Marathons in the bid to make up for not doing one this year :)

I had a fun 8km run over the weekend at the Sri Chinmoy Cooks River Run held near my old suburb at Hurlestone Park. I didn't know what the route would be and when I rocked up for the run at 7am in the morning I was very excited because I realized that I had run that route many times when I lived in Hurlestone Park, in fact it was the same route I used almost very day when I trained for my first Half Marathon.

The race was very well organsied as all Sri Chinmoy runs are and I enjoyed every minute and second of the 44m 38s it took me complete it. I'm not a fast runner but I was very happy with this pace.

My next run will the the Sri Chinmoy Centannial Park 14km run in a weeks time and hope I can score a good time in that as well. 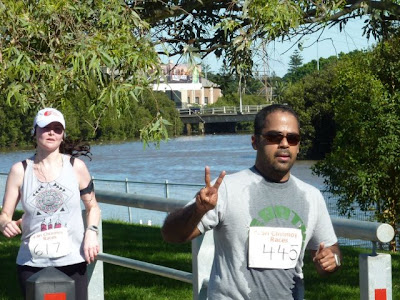 That's not all sweat, I poured water on my face at the 6km mark

I was fifth from last this time, and my name is now "Mark Pack" :)

I'm still not nearly as fit as I want to be and hope to keep these runs going until I'm ready for another marathon.

Last Sunday I completed in my first Duathlon which was the last race as part of the Hills Tri Club's yearly Duathlon Series and was held at my regular training location, Parramatta Park. This was also the first time I had taken part in a race that involved Cycling. The race was 3.2km Run - 19.2km Cycle - 3.2km Run and was conducted with standard Triathlon Australia rules (No drafting, blocking on cycle leg etc). In the end I managed to finish it in around 1h40m.

I only really got a single training session in before race day around a week before the race and had no idea what to expect. My concern was that I would break some rule when it came to the transitions between cycling and running as well as the road rules for cycling, but the event was so well organized that even as a first timer I was able to clearly see all the markings on the course and be able to follow the rules without much confusion.

I really found the cycle leg interesting, I had never raced with other riders on the road and found it really exhilarating. A few professional Triathlon Australia Team athletes also took part in this race and I felt privileged to  be able to take part in the same event as these guys. One of the biggest flaws I made was that I didn't take any liquids with me and therefore didn't drink anything during the first run and cycle leg, as a result I started to cramp by pretty bad during the final run leg. As a rule, I don't consume any Isotonic drinks for any workout less than a hour but on this day I should have as I ended up sweating for more than an hour and it did affect me.

Overall, this easily one of the most exciting races I have taken part in so far and sadly I have to wait for a whole year for the Duathlon season to begin again.

2011 has been a pretty bad year for me with injuries, it started off really well and I was getting fit gradually just in time for the running season. Unfortunately I then had a pretty bad fall playing indoor soccer and badly injured my right knee around two months ago. It took me more than a month to be able to walk without a limp and a few more weeks before I could run.

So City2Surf was a real challenge this year as I had not run more than 10km in around 3 months. But I was confident that I could finish it and wanted to make a enjoyable day out of it as this is after all the largest fun run in the world.

This year more than 85,000 people did this run (which was a new record). I was a late entrant so I ended up in the Yellow pack which was almost back of the race pack and this meant that I would have to run with some slow runners and a lot of walkers but I wasn't too upset about that this year. Being in the Yellow pack did have a benefit though as the runners from this pack took part in breaking the Guinness Book of World Record's record for the "Largest Simultaneous Stretch"so I ended up being part of history I guess :)

It was a cold and soggy day but the run was still really nice, running this race is such a cool experience and I enjoyed every minute of it, especially Heartbreak hill which I still think is an amazing running challenge. In the end, I finished with a time of 1h:32m (92m) which was around 10 mins slower than last year, but on a positive note my knee feels great and I feel ready to take my 2011 running season up a notch.

So its a late start to 2011 running for me, but its a start nevertheless!

Here are some pics and videos from the race. 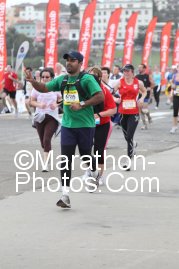 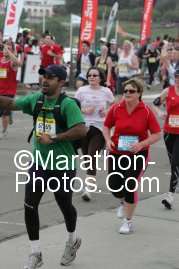 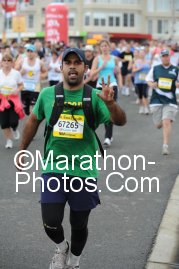