This was my first race for 2010 and it was good to be back, I did this more as a training run than a serious race but did end up running the 21km in a time of 2h 15m which is usually faster than my training runs so I was happy.

I was also happy that I managed to do the whole run without consuming any Gatorade, I have been trying to cut down my dependency on the sports drinks for longer runs so I can train my body to push longer distances in hot climates (I don’t recommend this by the way, it’s just a method I am trying to be able to feel more comfortable in long distances in hot climates like Perth and South east Asia, where it’s very hard to run marathon distances without getting dehydrated) 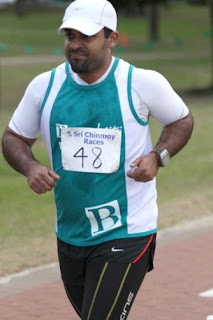 Not a very flattering picture, but no one really looks good after running for more than two hours. 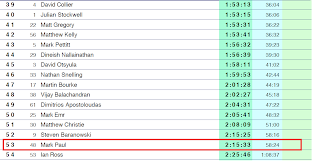 And I was second from last! These runners were fast.


Looking forward to my next run!
Posted by Mark Paul at 6:53 PM